In Through the Back Door

In Through the Back Door

In my last blog, I covered Roth IRAs and Roth 401Ks. If you missed it, you can find a link to it here. However, I find that many of my clients are over the Roth IRA income limits and therefore ineligible to contribute directly to a Roth IRA, and their 401K may not allow Roth contributions. So, this is where a backdoor Roth IRA contribution could be attractive in the right circumstances. How Does It Work? It starts by the investor making a non-deductible contribution to their traditional IRA, which is always allowed regardless of income (the income limits for traditional IRAs determine whether the contribution is deductible, not whether the contribution is allowed). Then, the investor does a Roth conversion from the traditional IRA to the Roth IRA in the amount of the contribution. If everything is done correctly, the conversion is tax-free since the initial contribution was made with after-tax money. What’s the Catch? One issue that comes up frequently occurs when the investor has an existing balance in their traditional IRA. The existence of this pre-tax money will affect the taxation of the Roth conversion step described above due to what is called the pro rata rule. This rule says that the investor can’t exclusively withdraw post-tax contributions in the Roth conversion step but instead the conversion will be considered a mix of pre-tax and post-tax contributions in direct proportion to the ratio of your contribution sources. For example, let’s consider the backdoor Roth IRA contribution into a traditional IRA that already has $6,000 of pre-tax funds. Following the steps outlined above, the investor contributes $6,000 of after-tax money into that traditional IRA, then does a Roth conversion of $6,000 to the Roth IRA. In this case, the IRS will consider the Roth conversion made up of 50% pre-tax money and 50% post-tax money, which generates $3,000 in taxable income at ordinary income tax rates. So, the backdoor Roth IRA process only works effectively when there are essentially no pre-tax savings in any traditional IRA accounts for that investor. Is The Backdoor Roth Going Away? The Build Back Better (BBB) legislation that was being discussed in Congress in late 2021 contained a provision that would eliminate the backdoor Roth IRA as of 1/1/2022. However, since that legislation did not get passed, it is unclear what the status is for the backdoor Roth in 2022. There is an expectation that some form of the BBB legislation will still get passed, but it is unclear whether this provision would remain in the final bill, and what the effective date would be of any change. This potential change in tax law could be effective next year, or effective immediately, or could even be effective retroactively, so it is critical to pay attention to the BBB bill and all future tax legislation as they develop. Disclosure: Traditional IRA account owners have considerations to make before performing a Roth IRA conversion. These primarily include income tax consequences on the converted amount in the year of conversion, withdrawal limitations from a Roth IRA, and income limitations for future contributions to a Roth IRA. In addition, if you are required to take a required minimum distribution (RMD) in the year you convert, you must do so before converting to a Roth IRA. 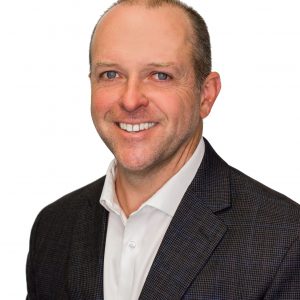